Hello!! Johnny and I have a couple of movies that we watch at least three times per month and Superbad and Step Brothers are definitely on that list. In fact, we honestly can’t have a conversation without peppering in our favorite movie quotes. The last time that we watched Step Brothers, we both decided that we wanted the Pablo Cruise raglan shirt that Brennan wears in the movie. So, we got it! 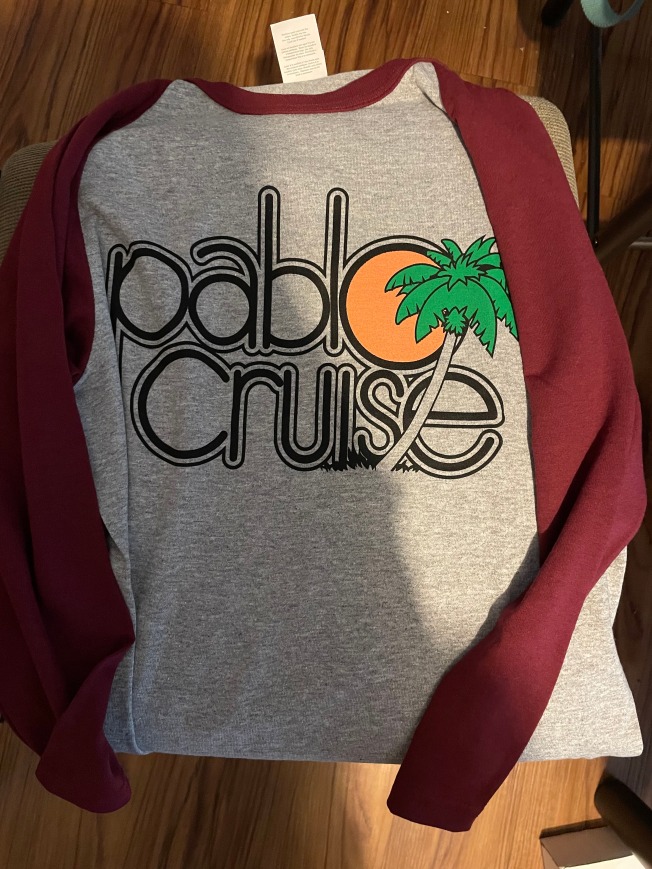 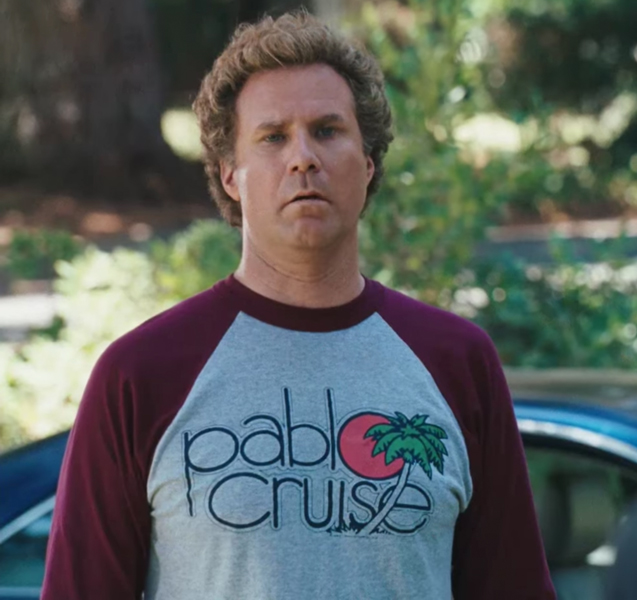 ^^^ Step Brothers picture from From The Movie, where you can get yours!

We watched Step Brothers before Johnny’s final show with The Outside Voices a few weekends ago and, as always, had a laugh attack during the entire viewing. Then, we proceeded to listen to Pablo Cruise for the rest of the day as we had never heard them before and had to have the knowledge to back our new shirts up with. We both pictured 1970’s yacht rock when we thought of Pablo Cruise and we weren’t wrong but it was oh so right.

Johnny and I listened to banger after banger by Pablo Cruise and even insisted that the sound tech played them while we were hanging out before the show. Everyone agreed that Pablo Cruise did not have to hit that hard but they did that for us. Stay with me on this, but it is the perfect music to listen to in a hot tub and I think that everyone was there mentally after just one song lol.

My husband and I have several matching T-shirts and I always say that it’s so we don’t get lost. Our newest addition to this growing collection is, hands down, my favorite though! We were so excited when they arrived in the mail and we both wore them to work the following day. And, good news, we didn’t get lost!

Moral of the story: If you are as big of a Step Brothers fan as me and Johnny, give Pablo Cruise a listen, buy the shirt, and join us as twinsies! 😀

What is your favorite funny movie? What band do you think is good hot tub music? I want to hear from all of you, so leave me a comment and let’s chat! Much love. -Sarah