Hello! This past Saturday, I took my darling mom, JANE, out for a night on the town to celebrate Mother’s Day. We enjoyed a delicious meal at my favorite restaurant, Pepper’s, and then we saw Harper Lee’s To Kill A Mockingbird at Playhouse Square. Our dinner was divine, the play was spectacular, but the company was even better!

Pepper’s is an amazing Italian restaurant that’s about fifteen minutes away from Playhouse Square. We wined and dined with a glass of Reisling for mom and Prosecco for me and ate like the queens we are. I opted for my favorite of gnocchi but instead of my usual of Alfredo sauce, I decided to live a little and try the pesto. JANE went for the Penne with the house sauce and we savored every single bite. The salad, bread, pasta, and drinks were made to perfection and we pretty much talked about it until we got to the theater!!

After our dinner, which we are still daydreaming about, we made the short drive to Playhouse Square to park, grab a drink, and take our seats. And, of course, lots of pictures were called for: 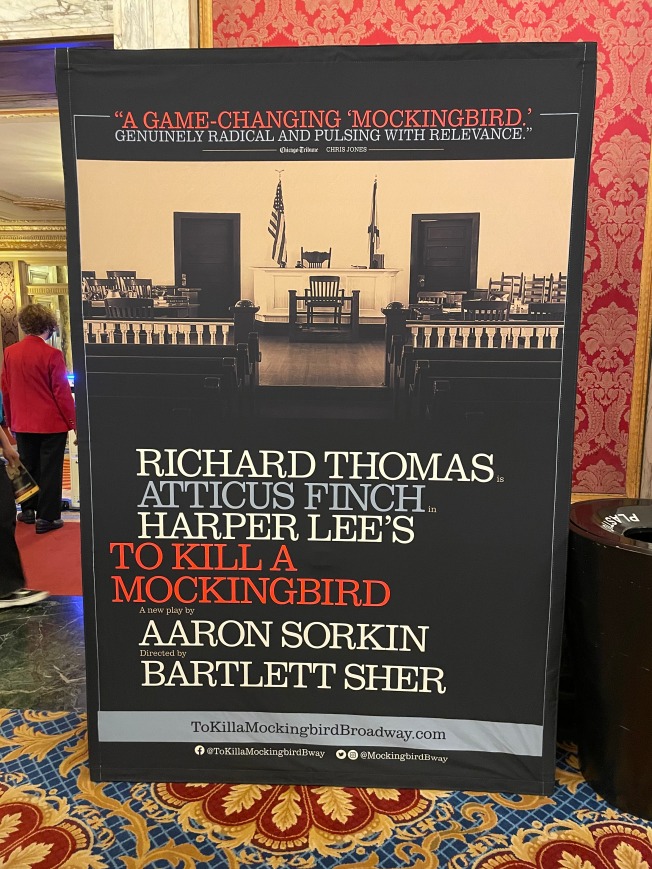 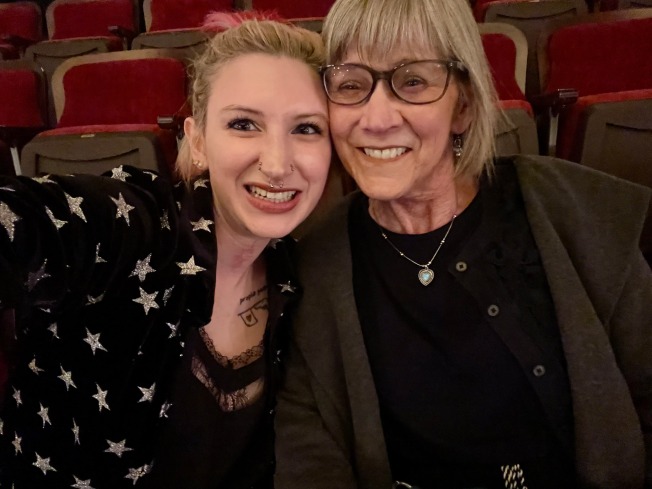 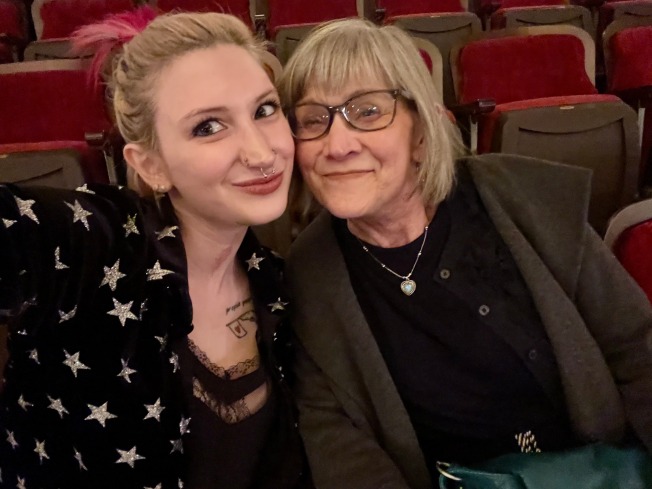 Harper Lee’s To Kill A Mockingbird is, easily, one of the most important pieces of literature, film, and theater that there is. If you are unfamiliar with the plot, it is set in 1934 Maycomb, Alabama and tells the tale of Atticus Finch defending an innocent black man named Tom Robinson for the rape of a white teenager. It is just as relevant today as it was when the book was first published and it is truly a masterpiece.

My mom and I treasure this work of art so deeply and have been looking forward to seeing this play for months with our Playhouse Square season tickets. Atticus was played by the incomparable Richard Thomas and he was sublime. Mary Badham who played Scout in the film also was featured in a small role as Mrs. Henry Dubose. To be able to see this play performed with such seasoned actors was a gift.

We were so incredibly impressed by Richard Thomas and his portrayal of Atticus Finch was masterful. My mom and I also enjoyed the actors who played Jem Finch and Dill Harris. While Thomas was, obviously, the star of the show, I daresay that the supporting cast shined even brighter.

Jacqueline Williams as Calpurnia was simply gorgeous and Yaegel T. Welch’s heart wrenching portrayal of Tom Robinson, a man automatically guilty because of the color of his skin was STUNNING. And, we can’t forget Anthony Natale who played Link Deas. Natale is hearing impaired and he signed a majority of his lines while Scout or Jem translated, which was very cool to see.

Now, you might be surprised that I didn’t give a shout out to Melanie Moore, the actress who played Scout. She was, however, our only qualm with the show. In the book and film, Scout is a young girl. Melanie is a grown woman and, to be honest, she was quite annoying. I am not saying this to be mean, but the voice she used to sound childlike sounded exactly like Forrest Gump and it was kind of distracting. I understand that it had to be an adult actress who played Scout but there had to have been a better way to portray her and this was not it.

Seeing the play of To Kill A Mockingbird moved my mom and I so very much. There were parts that were physically painful to watch and our hearts ached as we left the theater. I wouldn’t have traded this experience for the world, though. The pain that we felt both physical and emotional is nothing in comparison to those who deal with injustice on a daily basis and I believe that Harper Lee’s work is a necessity in this world.

The play lasted roughly three hours and there were times when it felt slow moving but each scene was so crucial and there for a reason. By the time the show was over and we had time to digest it and decompress as we got onto the highway, we were ready to begin singing its praises. Just like the book and film, there were moments in that play that will stay with me for the rest of my life.

I was moved to tears during several parts in the play. One of the most powerful scenes that I keep coming back to is when Tom Robinson was on the stand and being questioned by the prosecutor. He kept referring to Tom as “boy” while Atticus is screaming to call him by his name. It was chilling and I kid you not that my eyes have tears in them right now just writing about it. It was haunting and I can’t tell you how much Yaegel T. Welch’s performance as Tom meant to me.

I could go on for hours telling all of you about the experience of seeing Harper Lee’s To Kill A Mockingbird in play form. Rather, I will end it on: SPRINT, don’t run to see this show if you have the opportunity. I am so thankful to have been able to see it on a wonderful Mother’s Day date with my mom and it is something that I will never forget.

Have you seen any plays recently? What does To Kill A Mockingbird mean to you? I want to hear from all of you, so leave me a comment and let’s chat! Much love. -Sarah