Hello! Johnny and I are both avid gamers. In fact, we just got done playing about an hour and a half of Diablo III on the Switch before I sat down to write this, lol. My absolute favorite video game of 2020 has to be Paper Mario: The Origami King, which Johnny gifted me with for our one year anniversary this past September. When I first learned that there was a Paper Mario game for the Switch, I was so eager to play it and devoured it in about a month.

I was looking forward to that game so much because, way back in the day, I rented Paper Mario: The Thousand Year Door from Block Buster (That just aged me so much!) and never forgot how much fun it was to play. I also never forgot the fact that I got to the final boss but was never able to beat it, smh. After enjoying The Origami King so much, I told Johnny that I would give anything to play The Thousand Year Door again for the GameCube. However, I knew this was unlikely because the GameCube is no longer made, therefore, the used games are uber expensive.

I had come to terms with the fact that I would probably never play my favorite childhood game again – Until Johnny gave me my Valentine’s Day present, that is. My darling boyfriend surprised me with The Thousand Year Door a week before V-Day! 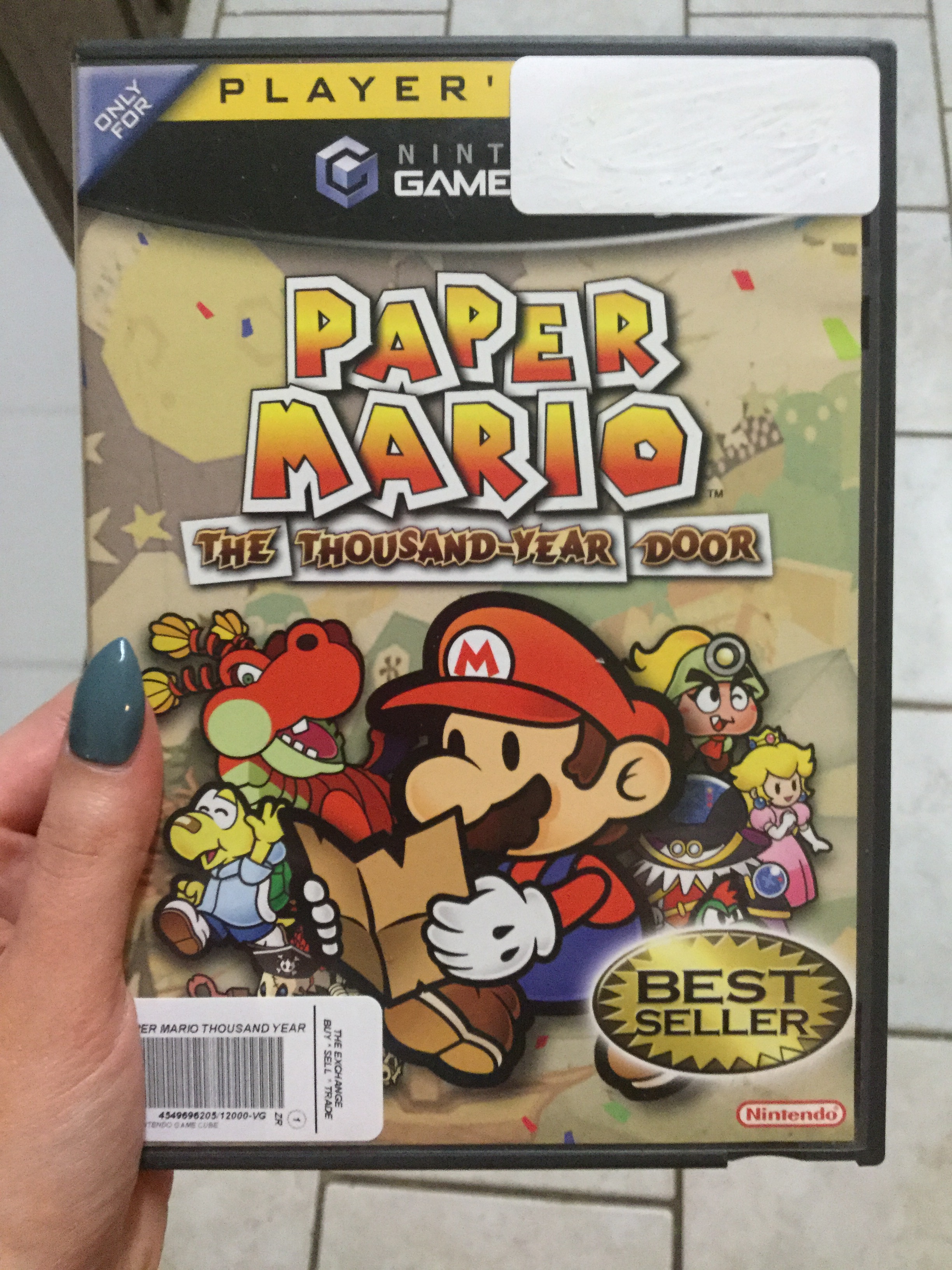 Johnny spent the Saturday afternoon prior to Valentine’s Day running errands, but he wouldn’t tell me where he was going. I knew he was going to be getting me my V-Day gift, though, through girlfriend instinct and I couldn’t wait for him to come home so I could maybe sneak a peak at what kind of bag it was in! I wasn’t expecting him to give me my gift when he walked in the door but he was so proud of visiting two different Exchanges to get the game that he just couldn’t wait. 🙂

After I gifted Johnny with his prezzie of the LEGO Architecture Paris skyline set, we spent the afternoon with him building our own mini Paris while I played my new game. It was absolutely perfect and The Thousand Year Door was just as fun and adorable as I remember it being. Whether Johnny and I are trying to beat an impossible seeming level of Mario Galaxy or slaying hell’s demons in Diablo III, I love our video game time together.

I am so blown away by Johnny’s gift and how thoughtful it was because it shows me that he listens when I tell him about my favorite things and that’s what means the most to me. Celebrating holidays with Johnny never gets old and I can’t wait for infinite more Valentine’s Days with him. ❤

What was your favorite childhood video game? What video game are you currently playing? I want to hear from all of you, so leave me a comment and let’s chat!