Hellooo! I didn’t take too many pictures during my recent family vacation to Asheville, North Carolina but, of course, I took a selfie or two and had my dad snap a few as well. My dad is a great photographer and usually does the majority of the picture taking when we’re on vacation. And, I was so busy enjoying my damn self that I guess I just forgot! Anyways, take a looksee: 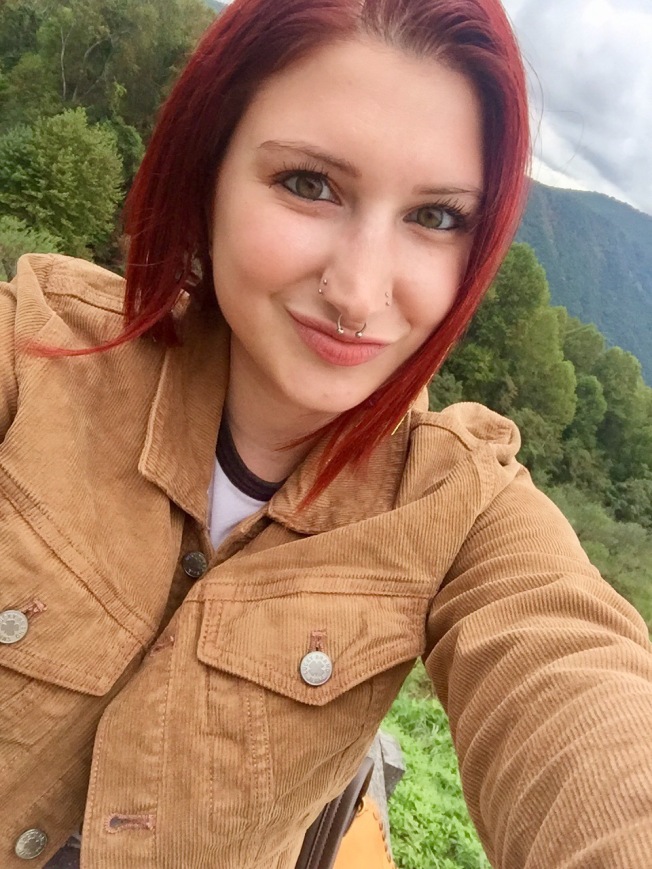 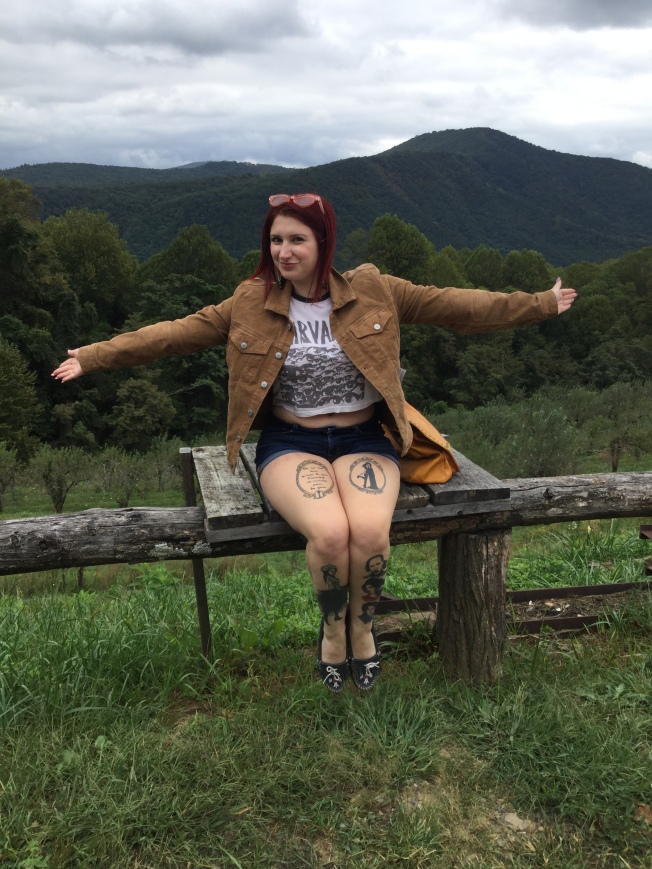 ^^^ These pics were all taken at Altapass Orchard.

Now, you might find yourself wondering who that handsome man is in the last person and that is the one and only BILL CARSON. He is the owner and face behind the Altapass Orchard on the Blue Ridge Parkway and he is an absolute delight. The orchard in itself is gorgeous but the real fun happened shortly after we got there and a country trio began to play music in their gift shop.

In the gift shop was a stack of bumper stickers boasting the phrase “Honk if you survived a dance with Bill Carson” and I thought it was hilarious. I had no idea who he was at the time but I did know I wanted that bumper sticker for my car desperately. So, as luck would have it, Bill just so happened to be at the gift shop with his wife to enjoy the music and cut a rug on the dance floor.

And, dance we did. Bill and I shared a lovely hoedown to the country music and it was a complete blast. After our dance, my dad bought me the bumper sticker that I had my eyes on because I earned it, damnit. My family had a riveting chat with Bill afterwards about his life story as a NASA engineer and how his sister and himself came in possession of the Altapass Orchard.

Long story short, Bill’s sister purchased the land which developers were very interested in to build along the Blue Ridge Parkway. This was a massive “no no” though and the Carson family refused their offers to buy it. They have since had the land recognized by the National Parks of North Carolina so that it can never be built on and have its vast beauty appreciated forever.

Bill Carson was a joy and I loved learning his story and the hard work that was put in to keeping the Altapass Orchard afloat during the past five years of insufficient crops thanks to climate change. The orchard serves not just as that but as a sort of clubhouse where local music is played and anyone can get up and dance. And, if they’re lucky, they can survive a dance with local celebrity Bill Carson too!

Are there any local celebrities in your neck of the woods? What is your favorite fall activity? I want to hear from all of you, so leave me a comment and let’s chat! Much love. -Sarah