Hello everyone and welcome to a brand new edition of Lil Red’s Book Club! Today, we are going to be discussing Herman Koch’s newest novel called The Ditch – without giving any spoilers away, of course. Before we begin, I will be putting a trigger warning on The Ditch as part of the story line deals with suicide. Now, let’s get to it: 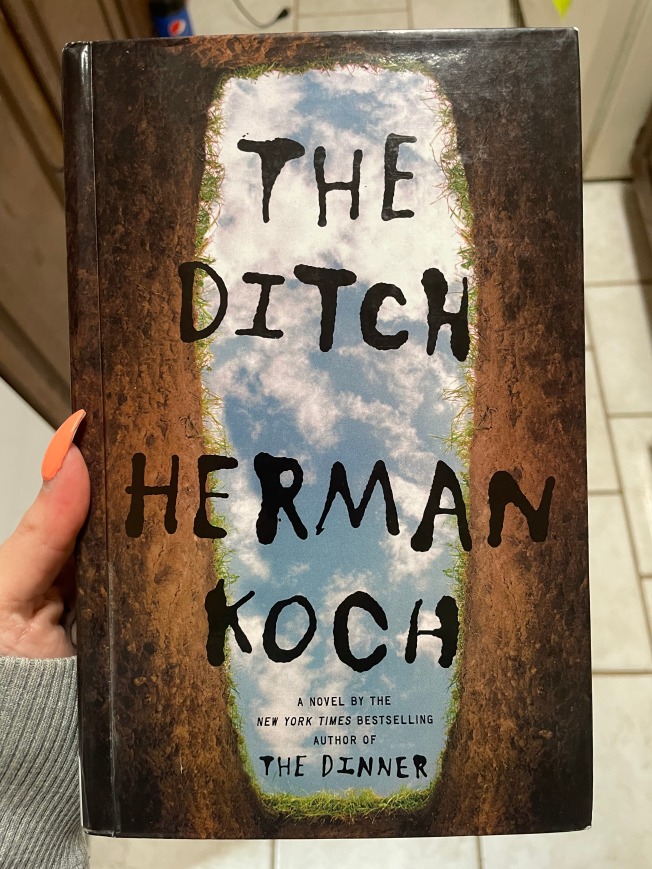 Robert Walter is the mayor of Amsterdam and he is incredibly popular. He is considered the “people’s mayor” and wears his emotions in plain view. Robert lives a charmed life with his wife and daughter, Sylvia and Diana, and enjoys spending time with his elderly parents who are both in their nineties. The majority of Robert’s day is spent tending to his duties as mayor until his thoughts begin to spiral after a New Year’s bash.

At the party, Robert notices his wife tossing her head back and laughing at something one of his aldermen has said. His eyes also can’t help but laser focus on the fact that this man is touching Sylvia’s arm too. In an instant, the thought that Sylvia is cheating on him begins to wriggle its way into every moment of the day and Robert finds himself viewing everything that his wife says and does differently.

As a politician and family man, there are so many things that Robert should be concerned about – his aging parents, his daughter and her first boyfriend, and the fact that a major scandal from his past could soon be making headlines. Sylvia’s infidelity could be real or it could very well all be in his head. Either way, this notion has marked the beginning of the end of Robert’s career. So, what happens next? Read The Ditch to find out!

I am a HUGE fan of Herman Koch and his book, The Dinner, is nothing short of an iconic read. I was very excited to read his latest novel and, unfortunately, it fell incredibly short. In fact, I rarely do this but I had to look up other people’s reviews of it to see if I was missing something. I had read this book rapidly (partially in the hopes that it would get better) so this was a possibility. However, it seems that many readers had my same sentiments.

The first one hundred and fifty or so pages of The Ditch were pretty good and it focused solely on Sylvia’s possible infidelity. Then, it began branching off into a bunch of different story lines – some of which that had nothing to do with anything. The main example of this would have to be Robert’s best friend, Bernhard. There was a point in the back story where he was relevant. But, in present day, he was simply there and would burst into these monologues about his Stephen Hawking-esque theories and it was painful to read.

Another qualm that I had with The Ditch was that the names of Sylvia, Diana, and Bernhard were all aliases. We never learned Sylvia’s nationality, which would have been nice to know because her and Robert met in her native country. I was hopeful that more would be revealed as the book went on but nothing came to light, which was so annoying to me.

Normally, I love Herman Koch’s writing style but The Ditch missed the mark. It, honestly, read like a VCR manual and I couldn’t wait to be done with it. The writing was bland, none of the characters were particularly likeable, and the vagueness of the plot did no favors, either. With only one hundred pages left, I almost considered not finishing it and that’s really saying something.

I am going to rate The Ditch with a one out of ten stars. If you are a fan of Koch’s past works, don’t bother with this one because it will only leave you disappointed. You can most definitely skip on The Ditch!