Hello and welcome to the latest edition of Lil Red’s Book Club! Before the libraries closed in Ohio, I was lucky enough to have visited one a week or so prior and was able to get two books. One, was Doctor Sleep by Stephen King and the other was called In The Darkness by Mike Omer. Before we begin discussing In The Darkness, I must warn those who might be triggered that this book revolves around the FBI catching sexually deviant serial killers.

Whew! Now that we have that out of the way, let’s get to it without discussing any spoilers: 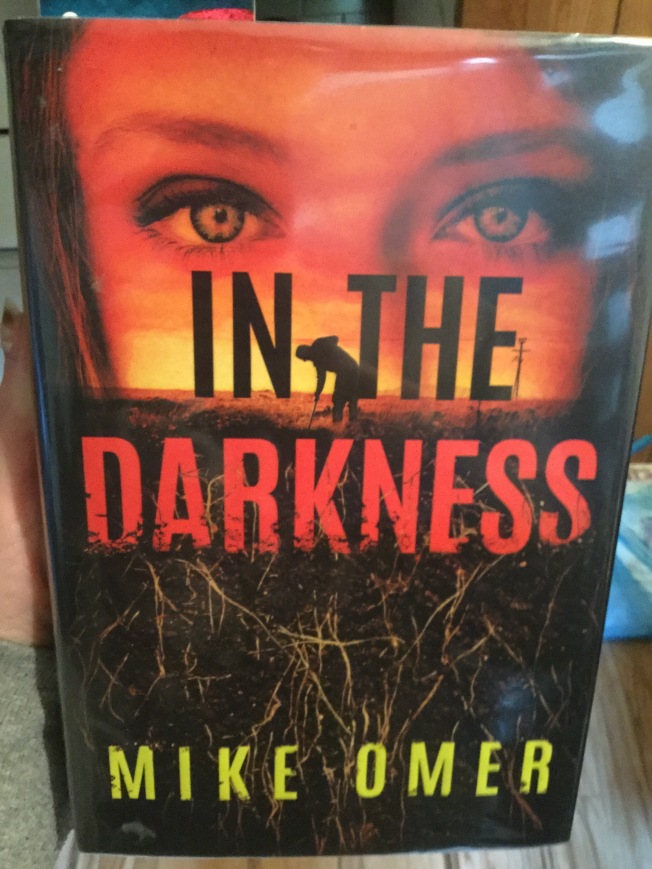 In The Darkness follows FBI profiler, Doctor Zoe Bentley, and her partner, Special Agent Tatum Gray, who are sent to San Angelo, Texas on a case that could escalate. The situation? A video stream of a young woman being buried alive, posted from an account only known as Schrodinger and titled “Experiment Number One”.

Doctor Bentley specializes in serial killers and spent her childhood living next door to one. Now, she makes it her livelihood to help the FBI track them down. But, how can you track someone down based on video footage shot in a seemingly random location? And, is finding the potential future victims in the small amount of time before they die even possible?

In The Darkness covers a whirlwind case which begs all of the typical questions of who can be trusted, is sketchy, a red herring, and the serial killer, of course! This detective mystery kept me guessing until the very last page and I can’t wait to read more of Zoe Bentley’s adventures in Mike Omer’s collection.

What I loved about this book, is that it literally read like Law & Order SVU, a show that my boyfriend and I are obsessed with. It was fast paced, the main characters were all flawed but extremely likeable, and the story felt so crazy that it just might happen. Indeed, this book is not for the faint of heart but is one I recommend for those who enjoy a high pressure cat and mouse game between the good of the police force and the evil of the killer on the run.

I am going to rate Mike Omer’s “In The Darkness” with a seven out of ten stars. The story line was interesting and intricate and I was rooting for Zoe and Tatum the entire time. The writing, at times, left a little to be desired. But, other than that, no complaints!

Which book are you currently reading? What is your favorite genre to read? I want to hear from all of you, so leave me a comment and let’s chat! Much love. -Sarah