Howdy! Last week, I completely devoured YOU by Caroline Kepnes. Starving for more, I had to grab the sequel to Joe Goldberg’s super stalker story and ended up reading Hidden Bodies in two days. As many will agree, the follow up was not as good as the gripping first one. But, it was written exactly the same as the first, hence, it was totally un-put-down-able. Let’s discuss: 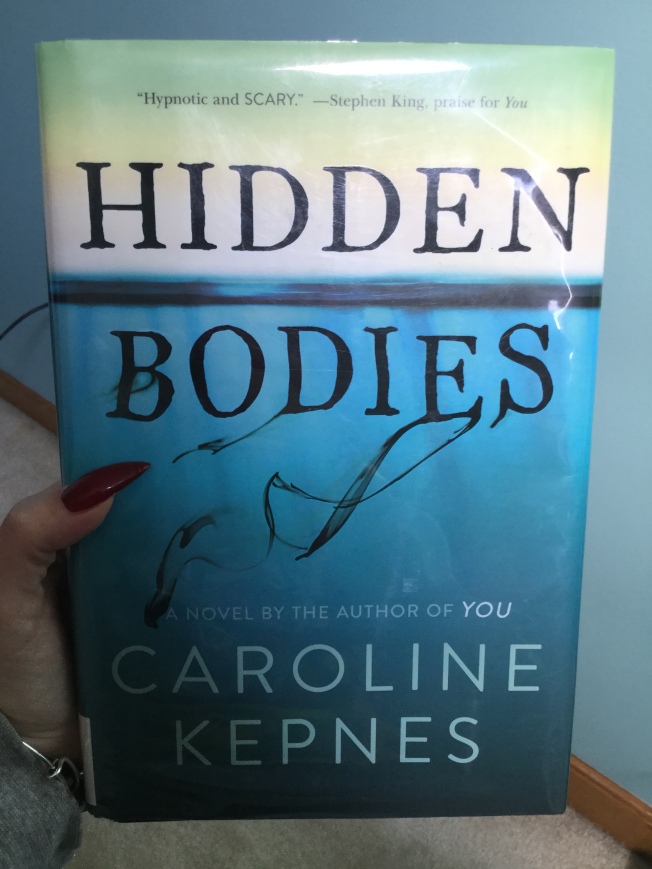 In Hidden Bodies, Joe Goldberg ditches gloomy New York for sunny LA. However, it wasn’t because he wanted to work on his tan. No, he just needed to seek revenge on the last girl that screwed him over. When Amy fled their relationship with a small fortune of rare books in tow, Joe used his uncanny ability to stalk his prey to find out that LA was her destination. So, he called it quits at Mooney’s, packed a duffel bag, and headed west.

Joe learned that Amy had hopes of becoming an actress but he also found that trying to locate his ex in LA was a lot harder than he initially thought. While on the prowl, he gets himself into more trouble and yet another relationship with an incredibly rich woman in the movie industry compliments of crashing an audition that Amy could have been at.

It was still a well written sequel and, because of that, it was a quick read although it was close to four hundred pages. But, I could have not read it and still been fine. However, I am not going to tell you to not read this book. At the end of the day, Joe Goldberg is hilarious. Yes, he’s an awful, sick, disgusting character and that’s putting it nicely. But, the Joeisms in Hidden Bodies were as rich as they were in YOU and you’ll be sure to get some good laughs in.

I am going to give Caroline Kepnes’s follow up a six out of ten. It was good, but not great. But, if you liked YOU, you’re not going to not like Hidden Bodies. Now, I am looking forward to the second season of the television show YOU to see if they incorporate any of this sequel into it!

What were your thoughts on YOU or Hidden Bodies? How did you feel about the TV show of YOU? I want to hear from all of YOU, so leave me a comment and let’s chat! Much love. -Sarah