Tonight my mom, sister, and myself had a “girls night out” to go see Gone Girl. It was alright! It held very true to the book in just about everything, which is difficult to do when Gillian Flynn’s novel packs so much detail into 415 pages. But then again, there should be no surprises in the movie since Miss Flynn herself wrote the screen play. The talent of the cast was really something to commend. Ben Affleck played a great Nick Dunne. Affleck gave Nick the perfect amount of aloof smugness that made you semi dislike him, but also gave him charm and a genuineness that redeemed him. Also, can I PLEASE give a shout out to the lovely Miss Carrie Coon of Copley, Ohio! (Represent!) this was Coon’s first film EVER, and miss girl knocked it out of the park! She. Was. FABULOUS! Everything that I pictured Margo, Nick’s twin sister being, she was. She was sharp. She was sassy. She was frazzled. She was amazing. Her work deserves a major tip of the cap, because her acting was one of the highlights of the entire film. Now, I have a bone to pick with Rosamund Pike, who played Amy Dunne, the Gone Girl herself… I really didn’t care for her acting. In the book, I pictured Amy being something…more. In the movie I felt that Pike was almost too soft with Amy’s character, therefore she came off as weak, rather than a conniving, psychopathic bitch. If Pike pushed this character just a little bit farther, she could have given the performance of a lifetime, but it just fell flat. The quiet air that she had throughout the film read as disengaged rather than a plotting, crazy wife. Don’t get me wrong, Pike did well. But it just wasn’t as impressive to me as other performances throughout the movie, which really is a shame considering she’s the title character. Crowd pleasing cast members such as Tyler Perry and Neil Patrick Harris gave solid performances as well. They really held their own as supporting actors.
The movie was quite long, it ran about two hours and twenty minutes. However it flowed very well. There were only a few parts that were a tad drawn out for my liking, but it would pick up immediately after with another shocker. The movie never felt boring to me, as some lengthy films can easily do. People who were a fan of the book will definitely enjoy the movie. And fear not to anyone who was worried about differences from book to screen because not a toe was stepped out of line from the novel. Of course, if you’ve read my previous posts, you’ll know exactly how I feel about the ending of the book. So I shouldn’t even have to say that it’s exactly how I feel about the end of the movie. Disappointed and robbed. BUT, I knew it was coming, so I wasn’t nearly as upset as when I finished the book. To anyone who goes to the movie who hasn’t read Flynn’ novel are in for a MAJOR disappointment.
All in all I rate this film at a healthy, solid 7.1, for a fantastic effort. It was clear how much work was put into this movie, and I definitely appreciate that. Some of the acting fell flat, and the ending sucked. But to anyone who knows the story, that won’t surprise them.
Who has seen Gone Girl already? How did you like it? How would you rate it? Leave me a comment and let’s chat! Goodnight. -Sarah 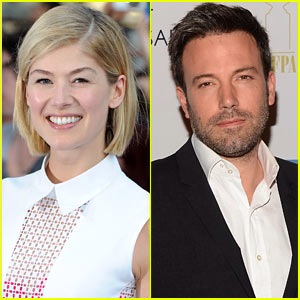